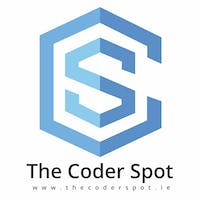 At first, an app might just seem like an app, no matter what phone it’s on. After all, many of the most popular apps will look just the same, no matter if they are on an iPhone or a Samsung. Actually, it’s not quite that simple. What are the differences between iPhone and Android apps and why do they matter?

Last year there were 2.7 million Android apps , while there were 2.2 million apps for the iPhone. If it were just about the numbers, one could just say a higher number must mean that the Play Store is more popular and therefore better.

But it’s actually not quite that simple. The App Store has traditionally been the more lucrative destination for app developers. No wonder! iPhone users tend to spend more money on apps than Android users.

However, this can be like a two-sided blade, as the competition for quality apps on the Play Store might actually be lower.

The Play Store charges a one time 25$ fee for uploading an unlimited number of apps, while the App Store charges an annual Developer Fee of 99$ . While this might not be a large sum for a big firm, an individual or small business might rather want to opt for a mobile-friendly website.

However, Google cuts this commission in half for monthly payments that have lasted for over a year meaning that after the 12th renewal of an App Store subscription, a developer will get 85% of the revenues.

Overall, it really depends on why one publishes an app and what their goals are, so the safest option is usually to support both platforms.

Much of the information for developers is also relevant for users. Users might appreciate that they’ll find some paid App Store apps on the Play Store for free. On the other hand, iOS apps are tailored to Apple devices, while Android apps are made universally for any kind of device running that operating system.

Therefore, if money is an issue, the Play Store might be the better place to go, but the App Store might offer apps with better user experience.